The Improv Brain: The Science of Improvisation 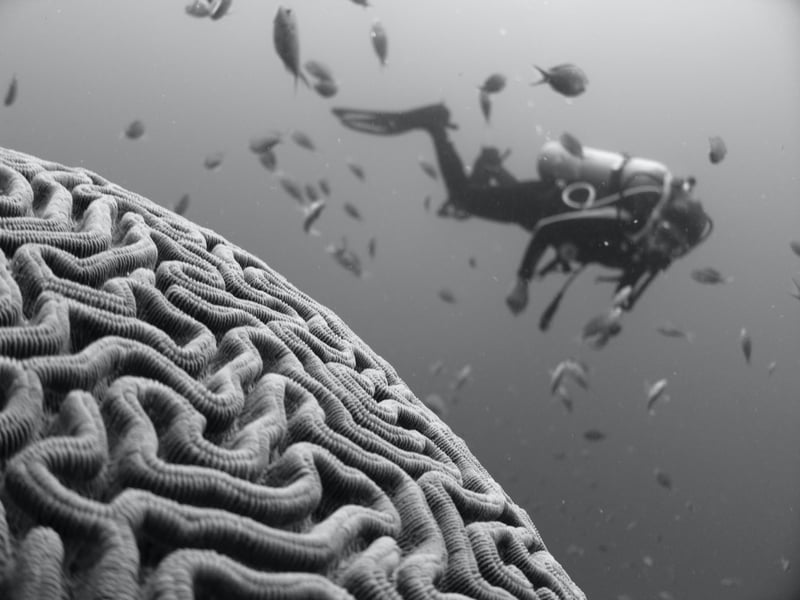 The Science: Improv and the Brain

In 2008, surgeon, neuroscientist, and musician Charles Limb and neurologist Allen Braun conducted a study that put jazz musicians into fMRIs. fMRI stands for functional magnetic resonance imaging, and the tool measures blood flow in the brain. The more blood flow in a given brain region, the more activity in that area.

Limb and Braun discovered that when musicians played memorized scales, their brains looked very different than when they were riffing off the same scale—when they were improvising, in other words.

On the other hand, the medial prefrontal cortex is associated with language and creativity. While musicians improvised, their brains’ censors decreased and their creativity centers increased in activity.

Limb performed similar scans with freestyle rappers and, most recently, with theatrical improvisers and found comparable results. In his most recent study, they placed improvisers in fMRIs. The improvisers alternately gave scripted and improvised responses to verbal prompts. Limb’s findings have yet to be released, but in interviews, he has stated that the results were markedly similar to his earlier studies on jazz musicians and rappers.

But what is it about improv that quiets our inner critic and therefore allows creative parts of the brain to flourish? Improv, whether it’s music, dance, or acting, requires players to focus. Jazz improvisers focus on scales and time signatures, while theatrical improvisers focus on their fellow players and the details of the scene as it spontaneously unfolds.

It’s a misconception that improv is just making stuff up on the spot. Just like a musical improviser doesn’t just randomly bang on the piano, theatrical improvisers have parameters to follow in order to improvise.

Theatrical improv doesn’t have scales and time signatures. Obviously. Instead, we have principles to follow. The most famous is the "Yes And" rule, or the rule of agreement. In short, this is the concept that players have to agree with the reality their scene partner is creating and then add onto that reality with more details.

If someone rejects the other person’s reality, the scene usually stagnates and becomes stymied by conflict. For example, if my scene partner says, “Welcome home, Susan” and I respond, “Who’s Susan?” the scene becomes all about who’s right and who’s wrong. If I just go along with it and act like Susan, we can get to more interesting details about our relationship, and the scene can start to develop.

Well-trained improvisers embody principles such as the rule of agreement. When they take the stage, they snap into that improv thinking, which means focusing intently on their fellow players and the scene. This external focus quiets their inner critic and frees up their medial prefrontal cortex to be creative and uninhibited.

Another way to think about improv thinking is as a kind of flow state. Mihaly Csikszentmihalyi describes flow as the optimal psychological state when one is engrossed in activity. During flow states, time can be distorted and individuals can lose their reflective self-consciousness. Some people refer to this state as being in the zone, and it helps tell a more complete story of what’s happening to improvisers when they are focused on their fellow players and the scene and lose their inhibitions and self-consciousness.

The study of the science of theatrical improvisation is still in its infancy, and my theory is still just a working theory that tries to put together the limited research that exists thus far. But it’s an exciting field that’s filled with possibilities in all kinds of other disciplines.

Because theatrical improvisation is about listening, collaborating, and creating, and those skills are at the heart of being human, the possibilities to apply improv research to other fields seem almost limitless.

Whether it’s improving how we care for patients or enhancing how we develop artificial intelligence, improv can be a model for us to improve and enhance our world. If positivity, teamwork, spontaneity, and creativity are shared societal values, improv offers a roadmap for us to follow that allows us to head toward those aims.

Improv offers the tools to practice a different kind of focus that can change our brains and unlock our individual and group potential and creativity. Humans are social creatures, and improv encourages us to truly see, hear, and value others, which strengthens relationships and communities and encourages risk-taking and innovation.

An improv state of mind is an optimal one. It’s something we can rehearse and refine and apply to our families, jobs, and daily routines.