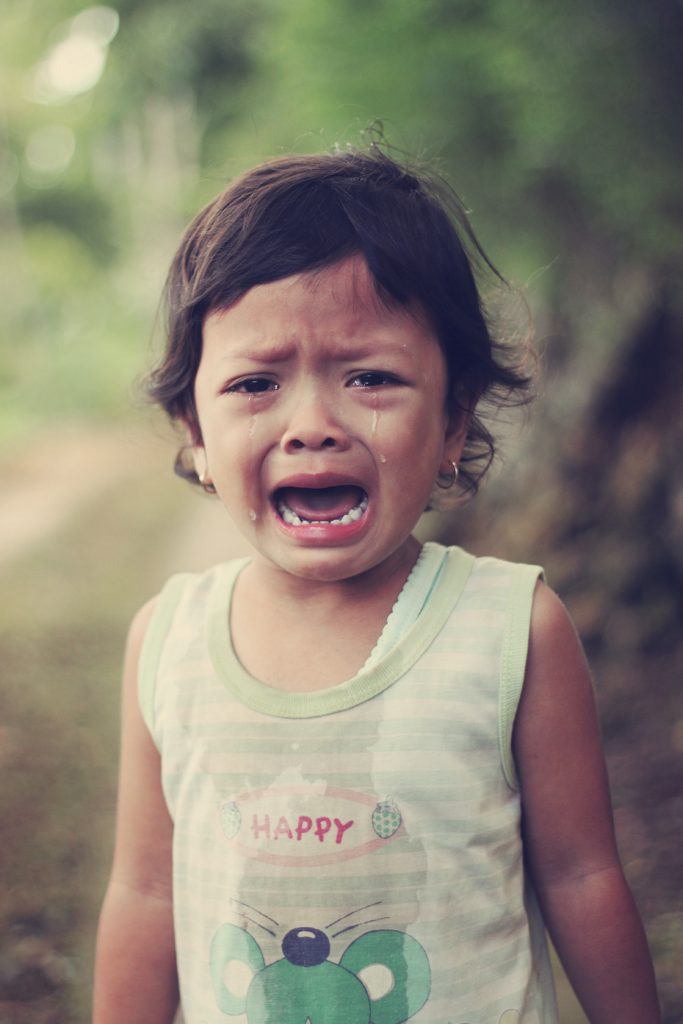 Around my daughter’s second birthday, I realized we were both saying “no” to each other…a lot. You want to crack that egg by yourself? No. I want you to get dressed for school? No. You want to water the plants by yourself? Absolutely not. This led to a lot of tears, power struggles, and toddler tantrums.

I realized that we weren’t getting far with our constant battle of wills. And then I thought about why we were both saying “no” so much. Usually, it was because I didn’t want her to make a mess or break something, and she wanted to embrace her quickly growing sense of independence.

So I tried an experiment. I started to lean into “Yes.” As long as her safety wasn’t at risk and it was a healthy choice, I said yes. Now, this means I continued redirecting her when she wanted unhealthy desserts or an entire afternoon of TV time. I didn’t become permissive, but I did try to say yes to her newfound sense of autonomy.

Here are three examples of me leaning into yes:

I asked if she wanted an avocado, and she said yes. But it quickly became clear that she wanted the whole, unpeeled avocado. Instead of saying, “No, humans don’t eat avocados like apples,” I leaned into yes and handed it over.

She smiled at me and then started to take a bite, rind and all. As she went in for her bite, I told her that people usually only eat the insides of avocados. She bit down and grimaced then promptly said, “Peel please.”

I let her learn on her own, and we avoided one of those unnecessary toddler tantrums.

My daughter suddenly became obsessed with the idea of strapping herself into her car seat by herself. Not only did she want to buckle herself in, she also wanted to climb in the giant SUV by herself.

My first thoughts were that this would take forever and she probably wouldn’t be able to do it. I imagined we’d both end up frustrated and crying.

But then I leaned into yes and thought about how I could support her in this worthwhile pursuit. After all, I get into the car by myself, and I really hoped she could do the same…at least before graduating high school. Why not start now?

So I took a deep breath and said, “Okay.” I stood behind her to make sure she didn’t fall and assisted her only when she asked for help. Now, it definitely took twenty minutes when it normally takes two, but twenty minutes is also the usual tantrum time. And I’d much rather spend that time helping her gain confidence than watching her have an epic toddler tantrum.

I bought my daughter a stepstool when she was two and a half, and it triggered a landslide of independence. She wanted to use the potty, wash her hands, and get her yogurt from the high shelf in the fridge all by herself. One afternoon, she brought the stool to the kitchen sink and started “washing the dishes.”

There were definitely glasses, peelers, and knives in the sink, and I imagined the water going all over my kitchen. But instead of shutting her down, I once again leaned into yes and imagined how I could support this 100% valiant pursuit. I also secretly pictured her cooking and doing all the dishes by herself someday, which seemed extremely appealing.

So I told her that she could wash the dishes. I gave her a sponge and helped her put soap on it. Then I told her I was going to take all the knives out of the sink because it wasn’t safe. She was reluctant, but because I was still going along with her dishwashing dreams, she relented. She washed dishes for 45 minutes. I supported her by helping her clean the water that spilled out of the sink, teaching her how to be careful handling the potato peeler, and cleaning up the broken glass that she dropped.

Leaning into yes helped me teach my daughter to be more independent. It also helped me teach her things like how to be careful with kitchen utensils and breakable objects. A thrilling side effect was that we occasionally avoided the power struggles and toddler tantrums that are so common with the two and three-year-old-set.

Life is messy. By always shooting down my daughter’s ideas, I might be preventing a short-term mess, but I’m also increasing the odds that we’ll have power struggles and toddler tantrums. In addition, I’m preventing her from learning and growing, and I certainly don’t want to do that. So I’ve started leaning into yes, cleaning up the mess, and spending more harmonious time with my daughter...sometimes.

Leaning into yes is part of my twelve-lesson program called Play your Way Sane that takes the lessons of improv and applies them to everyday life to help you be more mindful, joyous, and connected.

You can check out the twelve lessons here.

Or start playing some Play your Way Sane games here.