Is the "Yes, And" Improv Rule a Rule for Life?

Posted on September 2, 2020 in Playing, Working, Yes And, improvisation, parenting, and playfulness. 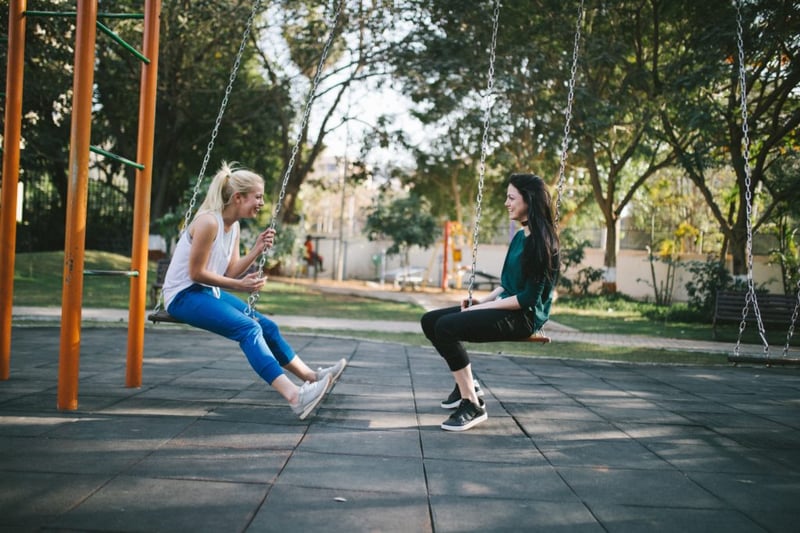 I hear more and more about the "Yes, And" improv rule. People are now telling us to Yes, And at work, at home, and sometimes even on our therapist’s couch. But to really understand how the Yes, And improv rule can and should be applied to everyday life, let’s do a deep dive to unpack what it is and then chat about boundaries and problems with its application.

The History of the "Yes, And" Improv Rule

The "Yes, And" improv rule or principle (depending on how you want to look at it) started as far back as the 1950s when the Compass Players developed what they called their Kitchen Rules. David Shepard and Viola Spolin's son Paul Sills, who later went on to found the Second City Theater, directed the Compass Players where it all began.

The Kitchen Rules developed from the Compass Players' trial and error with improvisational theater. The tale goes that the actors would sit around the kitchen table and shoot the shit about what was and wasn’t working as they experimented to make improvised scenes go more smoothly.

One of these Kitchen Rules was Yes, And.

The Compass Players discovered that improvised scenes went better when improvisers “said yes” to each other’s ideas and then added new information to scenes.

Seems simple, but this deserves some unpacking.

Let’s start with an example. Let’s say one improviser walks on stage and says that their hair is on fire. Their teammate should join them onstage and agree with that reality—that Improviser 1’s hair is indeed on fire. That’s the “Yes” part of the Yes, And improv rule.

But we can’t stop there. Improviser 2 needs to then add some new information to the scene. She could roast a marshmallow on the head fire or say that her hair is also on fire or tell her teammate that she’s a firefighter. The “And” part of “Yes, And” is just new information that keeps the scene moving forward.

It makes sense that "Yes, And" would work in improvised scenes when we look at what would happen if we didn’t use the "Yes, And" improv rule.

Let’s go back to our example.

Let’s say Improviser 1 takes the stage and says his hair is on fire. Then, Improviser 2 joins him and says, “No, your hair is not on fire.” Um, what in the hell happens now? Improviser 1 could say, “Yes it is. You’re wrong.” Then we have a literal he said/she said scene.

There’s no forward movement in the scene. All we see are two people arguing, which is kind of fun when we watch “Keeping Up with the Kardashians” but not very fun when we’re watching improvised scenes.

The theory goes that we like to see relationships developing onstage. We like to learn new information about who these people are and what they want, and we just don’t get to see any of that if we’re only watching arguing.

The "Yes, And" improv rule also helps improvisers feel better while they’re trying to make shit up on stage because they are actually creating an imaginary world collaboratively instead of just negating each other’s offers. If my partner says no to my idea, it feels uncomfortable because now I don't know where we are or who I am or what the hell is going on in our scene.

See, if people were using the "Yes, And" rule, they wouldn’t have shot down the dumb idea. They would have just gone with it. Maybe they would have tried to make it better or added onto it. This makes everyone in the room stay creative and engaged. Whereas shutting ideas down tends to shut people down.

The "Yes, And" improv rule can also come in handy at home. "Yes, And" can help couples move beyond conflict and listen better to each other. If I’m using the "Yes, And" rule, I’m likely to drop my defensiveness and try to see the truth in what my husband is saying instead of just shutting down and arguing.

You can also Yes, And to be a more positive parent. Whenever possible, I try to start with the "Yes, And" improv rule with my daughter. It helps me see her perspective. When she says she’s scared, I don’t negate her by telling her it’s not actually scary. When she wants to wash the dishes, I accommodate when I can and let her practice that skill even though I know it will be inefficient and messy.

Major Caveat about the "Yes, And" Improv Rule

All these applications for the "Yes, And" improv rule are well and good, but it’s definitely not as simple as just saying yes to everything.

Even on the improv stage, "Yes, And" can be problematic. If I’m a woman taking the stage with a man and he starts the scene with, “Hey, when I come home I expect dinner to be ready,” I'm not going to have much fun Yes, Anding and playing the subservient wife.

The same goes for the "Yes, And" improv rule in real life. For the "Yes, And" rule to work, we have to be aware of our personal boundaries. Let’s look at some examples to make it clear why boundaries are important when thinking about "Yes, And."

We don’t have to Yes, And anything that’s racist or sexist or dangerous or that makes us uncomfortable because it goes against our personal values or morals.

No means no. And no is a powerful tool to shut down things that need to be shut down.

But "Yes, And" can be a powerful tool in other circumstances. "Yes And" can help us brainstorm, collaborate, and resolve conflict.

I’ve tried "Yes, And" in my own life—with my husband, my daughter, my boss, and my neighbors. It’s helped me to connect with people because I don’t start with my preconceived ideas and assumptions. Instead, I listen first and then add to their ideas. It’s way better than having two competing conversation agendas.

Over five years ago, I had completed my research on improvisation and the brain, Theatrical Improvisation, Consciousness, and Cognition, but I felt like a total hypocrite. You see, I knew that using improv principles led to increased creativity and decreased anxiety, but that wasn’t translating to my everyday life. I was just as anxious and in my head as ever. So I started creating improv-inspired exercises or games that I could play every single day—games that would help me shift my focus from overthinking to enjoying the moment. And it started to work.

These games became the book Play Your Way Sane: 120 Improv-Inspired Exercises to Help You Calm Down, Stop Spiraling, and Embrace Uncertainty, which is available for pre-order now. I still play these games every day, so that I can better manage my anxiety and be more present and connected to the people around me.

Twenty games are about following the "Yes, And" improv rule in our everyday lives, but I’m glad I unpacked what that really means because it’s not as simple as being agreeable all the time. Boundaries protect us and help us maintain our values. But when we’re in a safe environment, "Yes, And" can be a powerful tool to help us put down our defensive walls and collaborate better with our loved ones, acquaintances, and colleagues.

So let’s Yes, And together. Subscribe to Play Your Way Sane to hear the latest on what I’m cooking up here at Clay Play Labs. I’ll send you a free game every month just for joining the movement.

And pick up a copy of the new book Play Your Way Sane, so you can have 120 games that will help you calm down, stop spiraling, and embrace uncertainty. That’s certainly something to say yes to.