How to Talk about Politics (Even when you disagree)

Posted on February 12, 2020 in be less judgmental, Playing, Yes And, and connection. 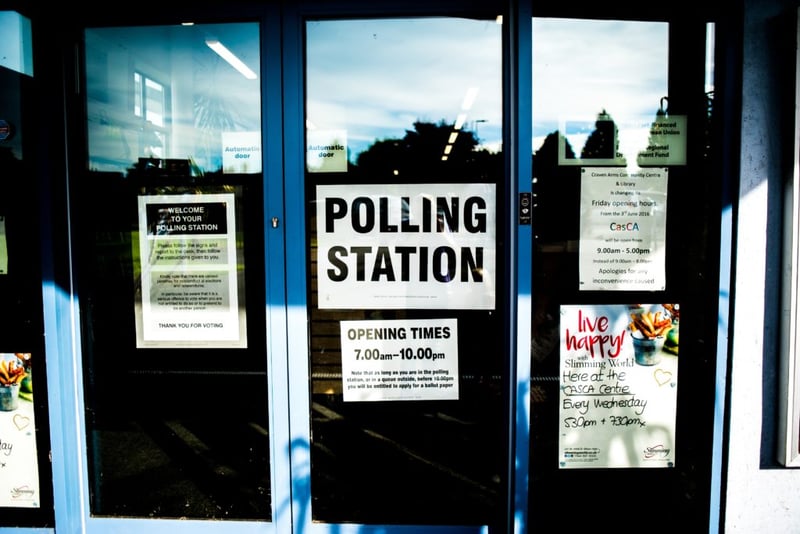 The election season is already in full swing. Unfortunately, that means divisive ranting and lecturing are also already in full swing. Some of you hate Buttigieg. Others can't stand Sanders. Many can't think of a single nice thing to say about Trump. Others are sending angry memes about Pelosi. Some of you have probably had enough of all politicians. So I've been mulling over how to talk about politics in the midst of such divisive and heated times.

Now, I know some people say you shouldn't be talking about politics anyway, but that ship has sailed. We do talk about politics. All the time. We tweet and post on Facebook. We wear campaign T-shirts or put bumper stickers on our cars. Part of living in a democracy is that even if we don't know how to talk about politics, we do.

Odds are good that you aren't happy with the outcome of the New Hampshire primary because your candidate didn't win. Same with Iowa. Or Brexit. Or 2016. When it comes to politics, none of us get our way every time. But there's a wrong answer for how to talk about politics and it goes like this:

Why is this the wrong for how to talk about politics? There's no middle ground. And you're being super judgmental and holier than thou. These kinds of responses, whether online or in-person, do not lead to conversation or changes of heart. They lead to discord, anger, and fighting.

Answering how to talk about politics is a two-step process. To start doing better, we need to address our own biases and then leave room for some proverbial grey area.

Step 1: Address your own Confirmation Bias

This first step might sting a little. In order to talk about politics, you're going to need to accept and admit that you are biased. I have liberal friends that are totally biased. Some of my conservative family members are also biased. Know why? Because we're all biased.

Confirmation bias is when you've reached a conclusion about something and any new information gets twisted to fit that conclusion or discarded because it doesn't.

For example, I have a preference for the 2020 democratic primary. When I read something positive about them, it fits my narrative that they are the right person for the job. On the other hand, when I read something negative, I explain it away by saying that the source isn't reliable or that it's not fair reporting or that they don't know what I know.

The secret is to know that you are doing this. Admit that you, like every other human, have some unconscious biases. Then, work your hardest to make them conscious and to not let those biases blind you from hearing other people's ideas.

Oh yeah, and there's another bias called blindspot bias. Blindspot bias is when you recognize other people's biases but aren't aware of your own. Don't fall into that trap. Know that we're all biased and be introspective and curious enough to figure out what yours are.

Passion doesn't have to be a bad thing when it comes to politics, but we have to know that our political views are coloring how we process new information. Admit your bias instead of just blaming everyone else for being biased.

Step 2: Accept that, on some level, you're both Right.

Step 2 for how to talk about politics is to find some middle ground. There's a kind of therapy called dialectical behavioral therapy. One of the theories behind it is that two oppositional realities can coexist. It doesn't make either reality less real. Coexistence is key. Shout out to my friends at Improv Therapy Group for teaching me about dialectical behavioral therapy.

For example, I can think that my friend should leave her husband because she's always complaining about him. That's my reality. But her reality might be that she wants to stay for a myriad of reasons that I might not be privy to. Neither of us is wrong. Both of our realities can coexist as long as no one's safety is in danger.

The theory behind dialectical behavioral therapy is that practicing allowing two opposite realities to coexist helps us become more comfortable with the chaos and uncertainty of life. Life isn't black and white. It's not simple, and one way to become better at dealing with this complexity is by allowing discordant ideas to coexist.

Bringing this idea into politics could get us much further than fighting. Let's look at a political example. Let's say you think Elizabeth Warren is the only candidate for 2020, and I think Pete Buttigieg is the one. If we learn from dialectical behavioral therapy, we need to enter our political conversation willing to accept that both our realities are right.

What does that look like? You might say that Warren has the experience and policies that we need right now. I might say that Buttigieg has the right messaging and temperament for the moment. Why does that mean either of us is wrong? It doesn't. We can 100% both be right if both of us let that be okay.

But that's not how these political conversations normally go, do they? Normally, we are trying to convince someone that they're wrong and we're right. Only one reality can be right. This is not going to end well if both parties have the same winner take all mentality.

Final Thoughts on How to Talk about Politics

Politics doesn't have to be divisive. We can choose to accept our own biases and set out to find common ground.

And this two-step process is a good way to choose who you do and don't want to engage with. If someone cannot accept their own biases and isn't able to accept any of my reality, then there's no point talking to them. They have proven their bias and close-mindedness, which means they aren't ready to debate and analyze diverse ideas with me.

But it's my responsibility this election cycle to do better. It's my responsibility to accept my own bias and to let someone else's reality coexist with my own. It's not always comfortable, but it's certainly a way to invite more conversations and to grapple with actual ideas instead of just angrily ranting and belittling each other.

Let's change the tone and move away from the divisive dogma. Let's do better this election year.