How to Stop Being Critical of Others

Posted on May 5, 2021 in be less judgmental, positivity, Playing, and negativity. 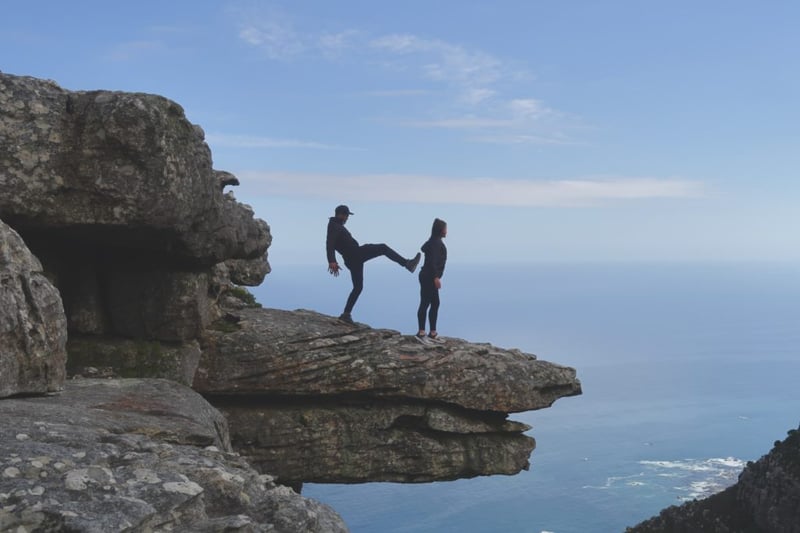 "She shouldn't be wearing those pants."

"They're nice, but they're just a little strange."

It's easy to get stuck in a critical mode--where we pick apart what's wrong with people instead of what's right.

What is Being Critical and Why Do We Do It?

If you've ever lowered your voice and whispered a critique about someone, you were critical. You've also been critical if you verbalized someone's faults or described someone's weaknesses or imperfections.

Apparently, Oscar Wilde once said that criticism is the only reliable form of autobiography. It reveals more about the critic than the one being criticized.

In improvisation, we are taught not to be critical or judgmental of our fellow players. Focusing on people's weaknesses makes us less likely to notice and improve the good things they're doing on stage. It also erodes the trust between us that allows us to take risks while improvising, risks that make improv more fun and engaging.

For example, if I roll my eyes and think about how Beth never says anything funny, I might miss Beth saying something funny. I'm also much less likely to add onto something Beth says to make it funnier. Also, Beth is probably going to feel some of my negative I-don't-like-Beth energy and start to clam up when she takes the stage with me.

Instead, I need to treat all my teammates like geniuses and superstars. This way, I'm priming myself to see the good and to do whatever I can to make them look even better. Going back to psychology, it's the difference between giving feedback and doling out criticism. Feedback's intention is to make someone look good and help them improve. Criticism's intention is to put someone down to make you feel better about yourself.

There's a problem with this feedback/criticism distinction though. Many criticizers disguise their criticism by saying that it's feedback.

That rude comment about Camille's nose job? I was just giving her some feedback.

Snarky joke about Chris's contribution to the group project? Just giving you some feedback, Chris.

These examples are 100% criticism. They're not feedback at all.

Feedback is about allowing people to make their own choices, focuses on improvement and the future (not the past), and is about behavior (not the person).

Criticism is about blaming and devaluing people.

So let's take a look at how to stop being critical.

Based on my research on improvisation, I've developed twelve lessons for life. The lessons break down topics such as how to become more mindful, playful, and positive.

I've created what I call everyday games within each of the twelve lessons. The games are fun ways you can practice the lessons as you go about your everyday life. There's no need to take a class or form a team. It's like solo improv exercises for the person on the go.

Thou Shalt Not Be Judgy

The fifth Play Your Way Sane lesson is "Thou Shalt Not Ne Judgy." And it's all about playing our ways less judgmental of others. I catch myself being judgmental and critical of others all the time. I recognize that this says much more about me than them, so I've come up with everyday games to help myself break this judgmental habit.

Here are six exercises that will help you be less critical of others.

Right before improvisers take the stage, they often do a ritual where they pat each other on the backs and say, "I got your back."

This is reinforcing and reminding everyone that while onstage everyone will be looking for the positive in others and trying their best to make everyone look as good as possible.

I love this idea and wish more of us had each other's backs in real life.

This everyday game is about telling as many people as possible that you have their backs...and meaning it. Finding the context to say it may be a challenge, but I want you to sincerely proclaim "I got your back" to as many of your fellow humans as possible today.

2. Try Something Else Not Judgy

There's another improv game where a moderator stops a scene and tells one of the improvisers to try something else. It's called "New Choice," and it's a good reminder that our first choice doesn't have to be the only choice.

So the next time you catch yourself being critical, tell yourself to make a new choice and try something less critical.

Being critical is often about making assumptions. To stop yourself from making an ass out of u and me, I want you to just start asking.

Instead of talking smack about Rebecca's relationship, go right to the source and ask Rebecca how everything's going. Be sincere and caring. Have her back as you get the real tea. And then keep it to yourself.

If someone else wants to know more about Rebecca, they should go directly to the source, too.

I like playing make-pretend, and this next everyday game is a great way to do exactly that.

Curious Detective is about pretending you're a detective and gathering as many clues about people as possible. Once again, it's about gathering facts instead of making assumptions. This will help you be less critical and judgmental by forcing you to be more curious about others.

A mantra I tell myself when I catch myself talking shit about others is "How do you know?"

When I catch myself being critical and judgmental of others, I ask myself, "How do you know?" This reminds me that I don't know everything about other people's experiences and that speculating behind their backs is not productive or helpful.

6. If You Can't Say Anything Nice

Stop yourself before any criticism spews from your talk hole.

How to Stop Being Critical

Being critical is addictive. It can be hard to stop it and replace it with more productive thought morsels, but it's definitely possible.

That's why I love turning the process into games. I'm much more likely to practice being less critical when the process is fun.

Think feedback instead of criticism. Try to learn as much about people as possible and be genuinely curious about what makes them tick. Allow their thoughts and feelings to be different from yours. We're all different, so imposing our agenda on others isn't helpful or realistic.

Then, try to help them look good. Instead of tearing people down, think about how your feedback can empower them to improve and succeed.

Figuring out how to stop being critical of others doesn't have to be drudgery. I hope my everyday games will make the process more fun, but it does require practice. And remember, if all else fails, put your hand over your mouth and shut the hell up. It's better to be silent than to be critical.

I also developed the Positivity Challenge to help people track how often they're negative and practice being more positive.

And for over 100 more improv-inspired exercises, check out my new book Play Your Way Sane!