How to be more Playful: Gamify your Life

Posted on October 29, 2020 in be happier, Playing, everyday games, and playfulness. 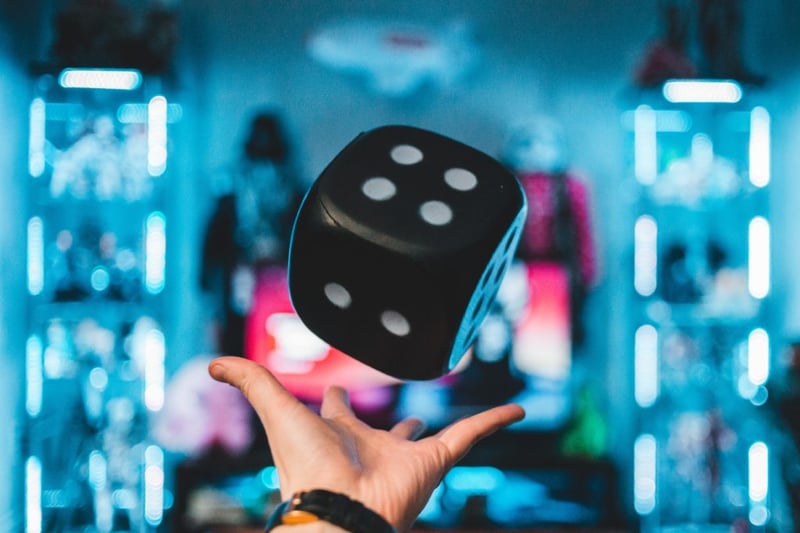 Let's continue our pursuit toward becoming more playful, shall we? Last week, I talked about how you can use improv's concept of finding the game to start priming yourself to find fun patterns on the daily. This week, it's all about how you can gamify your life.

Gamifying is fairly straightforward. You turn something mundane or commonplace or even undesirable into a game.

Games have rules. These rules make it clear how to win or lose the game, which is another prerequisite. And oftentimes, you can score points during a game. Games also include competition, even if you're competing against yourself. And finally, games have prizes when you win, even if the prize is just bragging rights.

In the broadest sense, if you're adding game elements to an activity, you're gamifying it.

Can you Give me Some Examples?

Yes, I can. There are lots of great examples of gamification at work...or play? But I only want to talk about the ones that have hooked me personally at one point or another.

I went through an entire summer of drinking multiple cappuccinos a day at all sorts of unusual, non-coffee-appropriate times, because of this super gamified app.

How does it work? You get reward points every time you buy something. These accumulate until you win something like...oh I don't know...more free cappuccinos. There are also sneaky double reward times. Basically, the app learns what you like to eat and drink and uses it against your will to make you buy things you didn't even want. Because it is a game, and you gotta get those points and earn those rewards.

I still have caffeine hallucination flashbacks on occasion.

Second and final example, My Fitness Pal's calorie tracker. Really most fitbit-type step counters are gamification at work. The points are either your steps or activity or your calories. But calories would be more like golf; you want less points.

Either way, you keep score throughout your day. The other game element to these apps and trackers are the competition. Most have a social element where you compete with people and keep each other accountable for your goals.

So How Can I Gamify my Life?

Let's think about the elements of play: rules, points, competition, winning, and losing.

Now, let's think about something you don't like doing. Dusting?

Let's gamify dusting. You could race against the clock and try to dust the whole house in a set time limit. You could earn points for each piece of furniture you dust, and if you get a certain amount of points you win...something. Maybe a martini or a handbag or...6 days in which you do not have to dust.

Now we're having fun, aren't we?

Gamify your Life with Play your Way Sane

Play your Way Sane features tons of everyday games that help you become more playful, mindful, joyous, and connected. Some of those everyday games are gamified, meaning they turn mundane activities into games by adding elements like points, competition, and winning and losing.

Here are some Play your Way Sane gamified games:

Sidewalk Bombs is kind of like the Lava Game you may have played as a kid. You know, when you pretend that the room is filling with lava so you have to hop up onto the furniture to avoid having your skin burnt off by scalding hot lava.

To play Sidewalk Bombs, it's best to be walking, running, or driving somewhere. To pass the time, pretend that if you don't make it past a certain landmark at a certain time, everything explodes. So you definitely have winning and losing here. You can add more game elements by playing multiple times and keeping score. You can add a layer of competition by trying to beat your old Sidewalk Bombs score.

Passes the time while you're commuting. For sure.

Red Car is a classic road trip game, kind of like the license plate game. You gamify being in your car by making spotting red cars a competition. Count as many red cars as you can in a set time span or you can play against someone else, first to get to ten wins.

It passes the time and makes traveling more fun. And that's gamification in action.

3. High Fives for Everyone

It's no secret that I'm a big high-five fan. It's super hard to high-five while frowning. For real. Try it.

High-fives are a fun way to connect with others. They're active and energetic and more than a little silly.

So, you can gamify high-fiving by trying to high-five a certain number of people in a certain amount of time. Or you can try to high-five more people today than you did yesterday.

It's a fun way to gamify your life, connect with people, and put a smile on your face. And probably other people's faces.

Final Thoughts on Gamifying your Life

Gamifying is a great motivator. It's the spoonful of sugar that makes Mary Poppins' medicine go down.

So, create your own gamification by turning daily activities into games yourself.

And if you want a secret, free, bonus, awesome, extra monthly game, just subscribe below, and I'll send you a free bonus game to your inbox each month.