Failure is Good: A Meditation on My Favorite Disappointments

Posted on November 29, 2021 in embracing mistakes.

Someone recently said how jealous of me they were because I always had such a clear vision for my life. 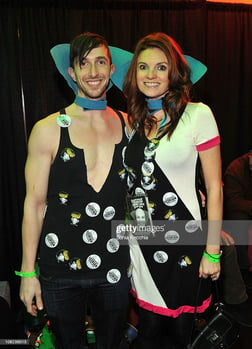 I told them right away that they couldn't be more wrong.

Like many people, my trajectory has been a series of happy accidents (sometimes a series of unfortunate events) that makes sense only in retrospect.

I think it's important to spread the word that our disappointments, our closed doors, are often what lead us to our successes, that we don't always know what success looks like before we get there, and that, to put it simply, failure is good.

I remember watching a PBS special with my dad. I must have been in 8th or 9th grade. The special was all about these hardworking medical students at Harvard Medical School. I don't even know if my dad said anything, but I could tell that he was blown away by these kids' work ethic.

I made a personal vow that I would go to Harvard Medical School and become a doctor, hard work be damned. In fact, I think it was the hard work that attracted me in the first place.

I became a candy striper at our local hospital and joined the local chapter of Future Doctors of America. I was on my way.

And then I took Calculus during my first semester of college. Now, I don't even know if calculus plays a vital role in doctoring, but I was pretty certain at the time that no doctor worth their weight was flunking Calculus.

The Calculus professor might as well have been speaking Mandarin. Nothing made any sense even though I was good at math in high school. I even skipped a grade or two.

I spent every free second I had in the math lab getting tutored and just generally struggling, but even still, all I could eke out was a B-.

And so my doctor dreams came to an end.

I'd been acting throughout high school and had just made the campus improv team, so I let my failure shift my course...dramatically.

That's verbatim the new goal I set for myself because I didn't know any better and my prefrontal cortex wasn't yet fully realized.

After college, I moved to New York City for grad school, but secretly it was to get started on my famous-actor-by-27 goal.

I created and produced my own one-man show, which led to my first agent, which led to lots of auditions for mainly mediocre or worse projects.

As the 27-year-old deadline crept up, I landed a substantial audition. It was for the goth son in a funny Verizon commercial. This was a national ad, which, in my mind, meant I'd be rich and well on my way to subsidizing my life through acting.

I went all out for the audition. I wore goth make-up and looked like Marilyn Manson's son. 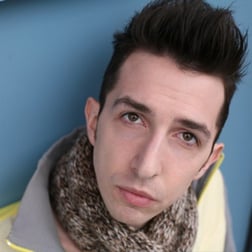 The audition went well. I made the casting director laugh, which is always a good sign. Then I got a call-back and aced it again. Someone on the production team even ran out to the waiting room to tell me I really nailed it. It was down to me and some Abercrombie model-looking kid, who was neither funny nor goth so I felt good about my chances. I was on my way!

My agent called with the good news. I was on hold for the commercial. This meant I had to clear my schedule for two weeks. Verizon owned me for those two weeks, and I was into it. The commercial was going to be filmed in Argentina. I was basically already famous.

Then the first day of my hold came and went. I called my agent for an explanation. She said they sometimes put their top two actors on hold but to keep my hopes high.

Then the first week of my hold came and went.

And then it was over.

I was gutted. They cast the all-American man as the goth kid, and I continued to audition and be rejected more often than not.

I decided I needed a backup plan, so I applied to Ph.D. programs.

I started my doctoral program in the last month of my 27th year. I'd gotten on Law and Order, but so had the majority of New York City actors.

I continued to act here and there during grad school but now my energy was focused elsewhere. I was going to be a professor.

The acting dream was a failure, and in retrospect, that was a great thing because it led me right where I needed to be.

Because failure is good. It shuts doors, so you can more easily find the open ones. I mean, we don't all need to be locksmiths. Am I right?

The Professor is Not In

I dove headfirst into the grad school game. I presented at conferences around the globe and completed my dissertation in under two years. People were into my dissertation research about improv and psychology, so I started courting academic editors trying to get it published.

And I succeeded. Palgrave Pivot (now Springer) published my research on improv and cognitive science less than a year after I graduated from Tufts with my Ph.D. in drama and theatre studies.

I brushed up the old CV and started applying for professor jobs. This was not going to be like acting because I had the credentials. It wasn't like I was competing with hordes of other wannabe professors or anything.

Except I was. And it was kind of just like acting.

I applied for professor jobs all across the tri-state area and didn't get a nibble. I broadened my search, even applying to a job in Oklahoma where my family lives. These were jobs that wanted someone who could teach acting and had academic publishing under their belt. Check and check. But instead of three-day interviews, I only got silence.

I pivoted again and started work as a teaching artist in the city. I thought I'd mainly lead afterschool programs in drama to pay the bills, but instead, my first placement was as a high school English teacher substitute in the Bronx.

And I loved it.

My teaching was shakey in the beginning. I talked too much and planned too little. But I threw myself into it and enjoyed the work.

Then the principal asked me to work there full time. I went back to grad school to get my Master's in Education. My whole life I had avoided teaching because of the old "Those who can...do" lie.

What I discovered was that teaching was an art and science unto itself. Teaching incorporated all my interests and let me stay in school forever. But I would have never landed on teaching if the doctor, actor, and professor doors had stayed open. 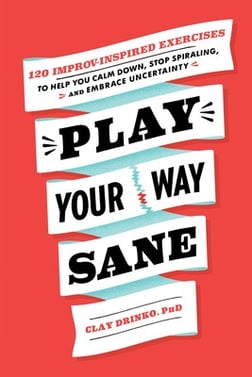 Now I write for Psychology Today about improv and its applications. Simon & Schuster published my book Play Your Way Sane, which incorporates my improv research and my love of teaching. And I teach at a progressive school just down the road. It all feels very on purpose, and I feel very lucky. But I'm not going to lie and say that this was the plan from the beginning because it wasn't.

I was reading Ella her bedtime story the other day. Sometimes I read on autopilot and just say the words, but that night I was into it. I was in the moment, paying attention to what I was reading. 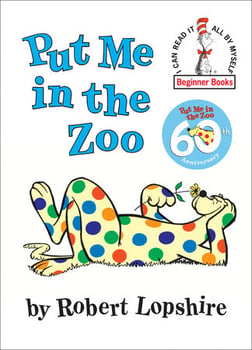 We were reading Put Me In the Zoo. I don't know if you've read it, but it's about a dog who really wants to live at the zoo. He does all these super cool things with his spots to try to prove that he should be in the zoo, but these two random kids let him know that dogs who can work their spots like that shouldn't be in the zoo. They should be in the circus.

That's why failure is good, right?

We have a dream. We fight like hell to realize it, which reveals all the ways we can work our spots. Then we fail, but that failure leads us closer to where we're really supposed to be.

As long as we stay open to working our spots at the circus and not stuck on the whole zoo dream.

We have to stay open, so we can read the tea leaves of our failure and end up at whatever circus we were supposed to be in all along.